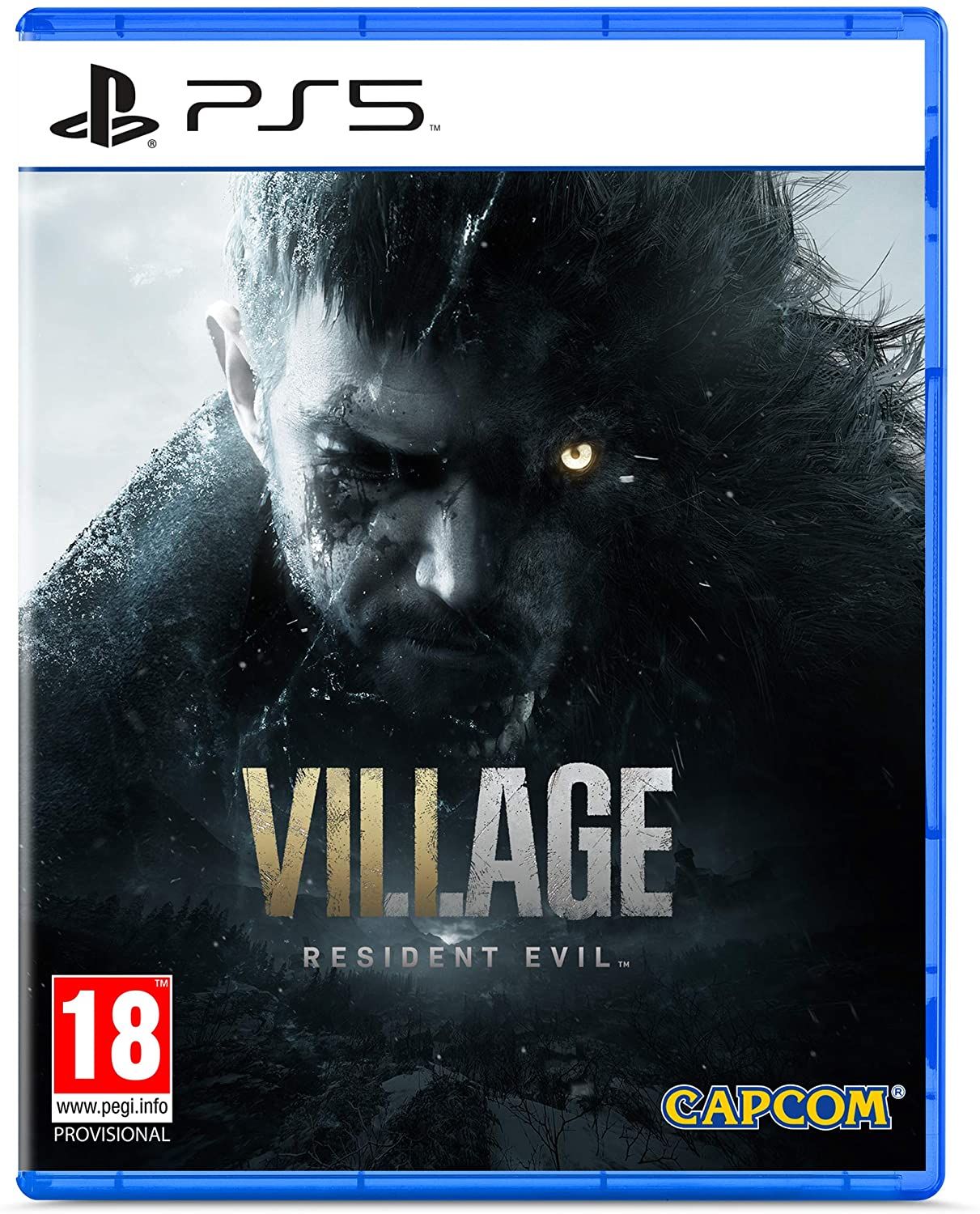 Experience survival horror like never before in Resident Evil Village, the eighth major installment in the genre-defining Resident Evil franchise. Set a few years after the horrifying events in the critically acclaimed Resident Evil 7 biohazard, the all-new storyline brings Ethan Winters to a remote snow-capped village filled with a diverse cast of terrifying enemies. After a devastating encounter with Resident Evil series hero Chris Redfield, Ethan pursues him in search of answers but finds himself in an entirely new nightmare.

A New Chapter in the Resident Evil Storyline – This eighth major installment in the flagship Resident Evil series continues the story from the critically acclaimed Resident Evil 7 biohazard. With the return of popular features and introduction of new elements, survival horror has never been so intense.

Popular Resident Evil Features – Fans might recognize new features in Resident Evil Village that are nods to previous Resident Evil games including a merchant dubbed “The Duke” who allows players to purchase and sell items, buy recipes for crafting consumables, and customize weapons.

Familiar Faces and New Foes – Resident Evil series Chris Redfield returns under a shroud of seemingly sinister motives. Ethan will also encounter a host of new adversaries inhabiting the enigmatic village, all with their own distinctive ways of attacking.

Evolution of Combat – In addition to engaging and attacking enemies, Ethan can also now guard against incoming attacks, or kick enemies away to buy time for his next move, requiring players to further strategize the best approach for surviving the many challenges ahead.

25th Anniversary Celebration Bonus – As a thank you to fans, Resident Evil Village will include access to a free multiplayer experience titled Resident Evil Re:Verse, coming to PlayStation 4, Xbox One and PC. An all-star cast of fan-favorite Resident Evil characters face off in four to six-player deathmatch battles in iconic series locations.

Play Across Generations – Resident Evil Village will be eligible to upgrade from PlayStation 4 to the digital PlayStation 5 version and will support Smart Delivery for Xbox Series X|S and Xbox One consoles.