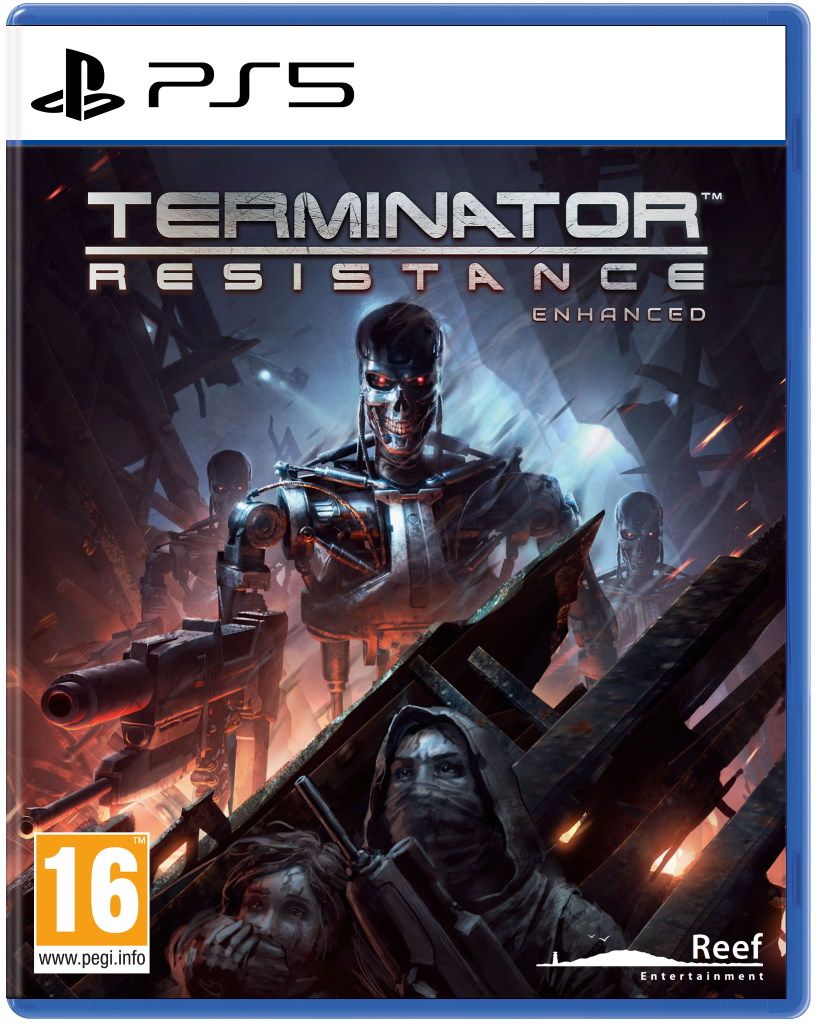 Experience the events leading up to the decisive, final battle for the fate of mankind in the war against the machines. Terminator: Resistance is a first-person shooter, set during the ‘Future War’ scenario that was only glimpsed at in the iconic films, ‘The Terminator’ and ‘T2: Judgment Day’.

Plus, enjoy a variety of enhancements for the PlayStation 5, including improved framerates and graphical fidelity, faster load times, and the new hardware features of the DualSense controller.

Run and gun or sneak and hack through Skynet’s defences!
Interact with a motley group of survivors and change their fates!
Get under the skin of the iconic T-800 series Infiltrator and strike out against Resistance forces with the new INFILTRATOR MODE.
Improved framerates, graphical fidelity, faster load times, and the new hardware features of the DualSense controller